Installation of a secured Wi-Fi network in the grammar school

Installation of safe Wi-Fi network coverage in all the classrooms at The Grammar School of International and Public Relations. The entire Wi-Fi system is built within CAPsMAN manager, which centrally manages all connected APs 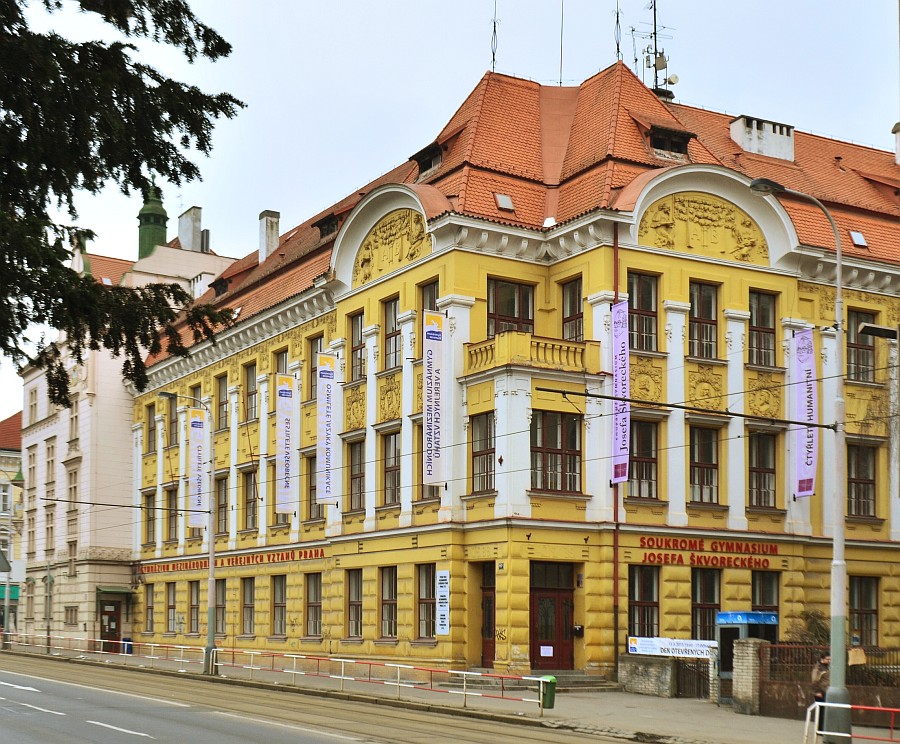 This work is licensed under Creative Commons Attribution 4.0 International License..

The Grammar School of International and Public Relations is a private educational institution, that was established in 2005/2006. Since the school’s foundation, it has been a dynamic and modern school, which is reflected by the constant improvement and development of the school. The number of students has been growing increasingly over the years, as well as the size of educational facilities.

Currently, 240 students attend the school with a capacity of up to the 480 students in both buildings. The flagship of the teaching methods is a „project teaching” – which is linking objects, themes, and students of the whole school together. The graduate is completely familiar with strategies of effective communication, rhetorical rules, critically perceives and evaluates the world around him and has teamwork, leadership, and problems solving skills well developed.

To achieve such teaching goals, an aid of a high-quality technologies is a necessity

To cover all classrooms, cabinets, and the staffroom, and especially classrooms, where foreign languages ​​are being taught, with a secure Wi-Fi network. To perform an analysis of the existing metallic and Wi-Fi networks. If possible, use the appropriate infrastructure to create two separate Wi-Fi networks. To set up security rules for the free existing Wi-Fi, used by the students so getting to the internal network will not be possible, add a secure Wi-Fi network for teachers usable for a particular lesson. To conduct an analysis of the current connectivity to the Internet, and to suggest optimizations of both quality and cost, and to design a suitable NGN Firewall with high security. The insight and the regulation of the GDPR need to be considered as well.

During the first object visit, hardware needs were identified and the estimated costs of setting up and installing the network were calculated. Of the existing infrastructure, only UTP wiring was considered usable. WiFi-AP could not be used in accordance with the assignment and the wireless network was installed during the present infrastructure. During the agreed on-site days, slatting and installation of the metallic wires were done if missing. Furthermore, the installation of Wi-Fi hotspots and the new NGN Firewall was completed. In the meantime, setting up the RouterOS Mikrotik system was performed on individual devices. Existing connectivity has been evaluated as unsuitable. A local internet provider was recommended based on the information from the ISP catalog at www.bezdratovepripojeni.cz.

Description of the settings:

To the existing school infrastructure, a new Wi-Fi network has been added. This network was added in a way, that it is not possible to access the internal network from it. The entire Wi-Fi system is built within the CAPsMAN manager, which centrally manages all connected APs. In addition, it also manages the roaming for all the connected clients in the entire building. The Wi-Fi network has two separate SSIDs – “students” and “teachers”. Those networks are isolated by a firewall. Individual users are isolated by forbidden forward within the given subnet. For the network „students”, a maximum limit of proceeded data is set to avoid overloading the line. The monitoring of the availability of individual devices is realized by the DUDE software, which is delivered free of charge with HW Mikrotik, and which fully controls the entire network.